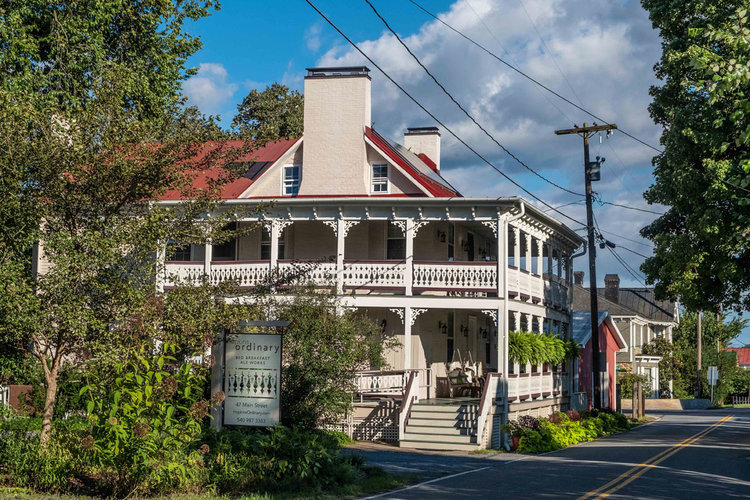 The original brick building of Hopkins Ordinary was built around 1820 by John Hopkins and today is listed on the National Register of Historic Places. There was a tavern in the basement and an inn, called an “Ordinary,” for guests on the main floors. The stable that was behind the building burned down in the 19th century.

In the mid-1800s, the wood frame portion of the inn was built, doubling the Ordinary’s size. By the 1920s, running water and electricity had been installed and were prominently featured as selling points on the stationary of the ‘Sperryville Inn” as it was known at that time. Through the years, it continued to serve as an overnight stop for weary travelers and also hosted longer-term boarders. With the increased availability of automobiles, the inn was renamed the Lee Highway Hotel and served as a primary stop for travelers headed back and forth over the Blue Ridge Mountains.

In the 1970s, the hotel was closed and four rental apartments were carved out of the 12 guest rooms. The then-proprietor created the cottage behind the hotel from two other buildings on the property, and the apartments became known as “the old Sperryville hotel.” In 2001, the current owners purchased the building and began plans to return the building to its original use hosting overnight guests.

Member since 3 years ago
View Profile